The Desert Diamond Resort and Casino opens on Sunday amid controversy. The Desert Diamond, which is owned and operated by the Tohono O’Odham tribe, is no stranger to controversy. The Tohono O’Odham tribe has been trying to build the casino since the early 2000s, a move which has been opposed by the nearby Salt River Pima-Maricopa Indian Community and Gila River Indian Community.

The dispute is over the land which houses the Desert Diamond Resort. That land was given to the Tohono O’Odham by the U.S. federal government, but opponents of the new casino say it is not the tribe’s land and should not have been eligible as a site for casinos. The Tonoho O’Odham argue that the land is part of their official reservation, so it qualifies for the exemptions Indian reservations have in housing casinos. A landmark 1986 U.S. Supreme Court ruling gave Native American tribes recognized by the U.S. Interior Department the right to build casinos, because their reservations are seen as sovereign territory belonging to the tribe.

The land was given as compensation to the Tonoho O’Odham by the federal government after they lost land in a federal flood project. The problem is, the land was near to the Phoenix metropolitan area, thus near a population center which is perfect for building a casino.

When the deal was signed transferring that land, no clauses were inserted about limiting its use to non-gaming purposes. Thus, the lawyers for the Tohono O’Odham tribe outsmarted U.S. government lawyers. A number of prominent Arizonans consider it a major oversight which is giving economic clout to an undeserving tribe. Worse, the whole thing was done under the noses of Arizona state officials, who had little say in whether a new casino would be built in their biggest city. 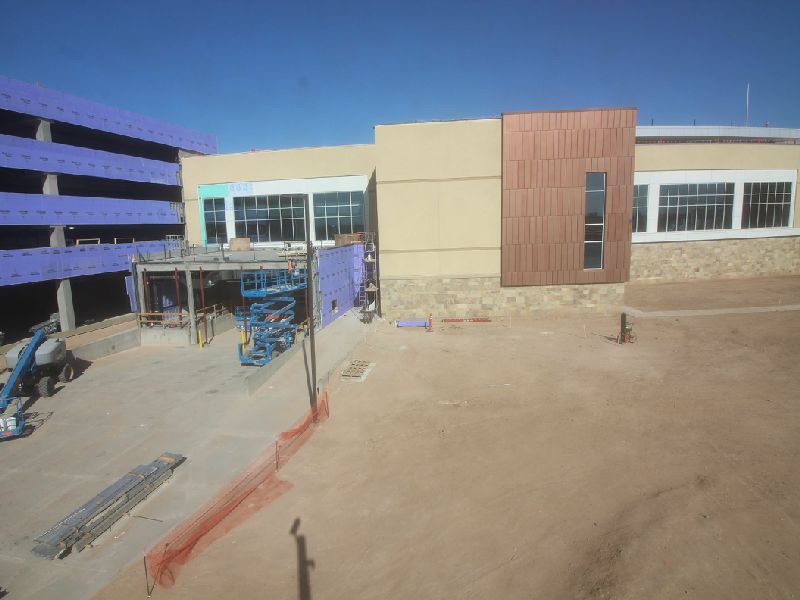 Opposition to the Desert Diamond

Hoping to repair the oversight, a number of Arizona politicians have stepped up to oppose the building and opening of the Desert Diamond Resort. The opposing coalition includes both US Senators for Arizona, John McCain and Jeff Flake. The group also includes Paul Gosar, Trent Franks, Matt Salmon, and David Schweikert. Like Sen. McCain and Sen. Flake, all men are Republicans. Representative Ann Kirkpatrick, who also joined in opposition to the Desert Diamond, is the rare Democrat in the coalition.

At first, the State of Arizona sought to have a law passed in the United States Congress to block the construction and opening of the new casino. Despite the support of McCain and Flake, the bill failed to gain traction.

Then opponents turned to the administration of Arizona Governor Doug Ducey to have the Desert Diamond Casino blocked. The Ducey administration worked against the casino, and eventually Ducey’s appointee in the Arizona Department of Gaming refused to grant the Tohono O’Odham tribe a gaming license for their new casino.

To justify its action (or inaction), the Department of Gaming released a statement called the Desert Diamond Resort a “”fraud perpetuated by (the tribe) upon the state, Arizona gaming tribes, and the state’s voters.”

The statement does not jibe with the U.S. court system. Opponents had taken the Tohono O’Odham to court, but several judge so far has ruled on behalf of the tribe’s right to open the casino.

Besides a legal battle, a public relations battle has taken place to shape public opinion — and to quantify it. A poll was conducted by pollster Bob Moore’s firm to see what Arizonans thought about the new gaming resort. Bob Moore recently released his findings, saying, “While many voters are unaware or remain undecided on the casino and related issues, the clear majority among those who have an opinion is to allow the West Valley casino to open without congressional interference.”

Thus, the court system and the Arizona electorate seem to support the rights of the Tohono O’Odham to open the Desert Diamond gaming venue. These results have cause Democrats in the Arizona media to portray opponents of the casino as Republican elitists trying to protect a special interest group who gives them money.

For its part, the Tonoho O’Odham believe they’ll overcome the opposition. They say the local cities and counties are largely in favor of the opening of their casino. They predict the county in which it resides is going to approve a liquor license by February.

The tribe’s leaders also believe the current legal cases are going to end in their favor. If so, then the tribe can upgrade its gaming machines from the Class 2 bingo games often seen in Native American casinos all the way to the Class 3 Vegas-style slot machines. The casino also foresees a day when table games will be included.

At present, no table games are offered, due to the refusal to license the casino. Royal vegas casino android app download. That has not dampened the mood at the Desert Diamond Casino, as people gathered at 1 pm on Sunday to open the casino, which will operate 24/7 hours a day and 7 days a week.

Arizona Congressman Raul Grijalva says, the sooner the casino is allowed to operate without interference, the better it will be for the nearby public. Grijalva says the casino, which is located in Glendale, will create 3000 to 4000 jobs, if allowed to open and offer the kind of gaming it wants. Raul Grivalva’s scenario is not likely to play out, though. Whether they win or lose, those opposing the casino appear steadfast in their fight.